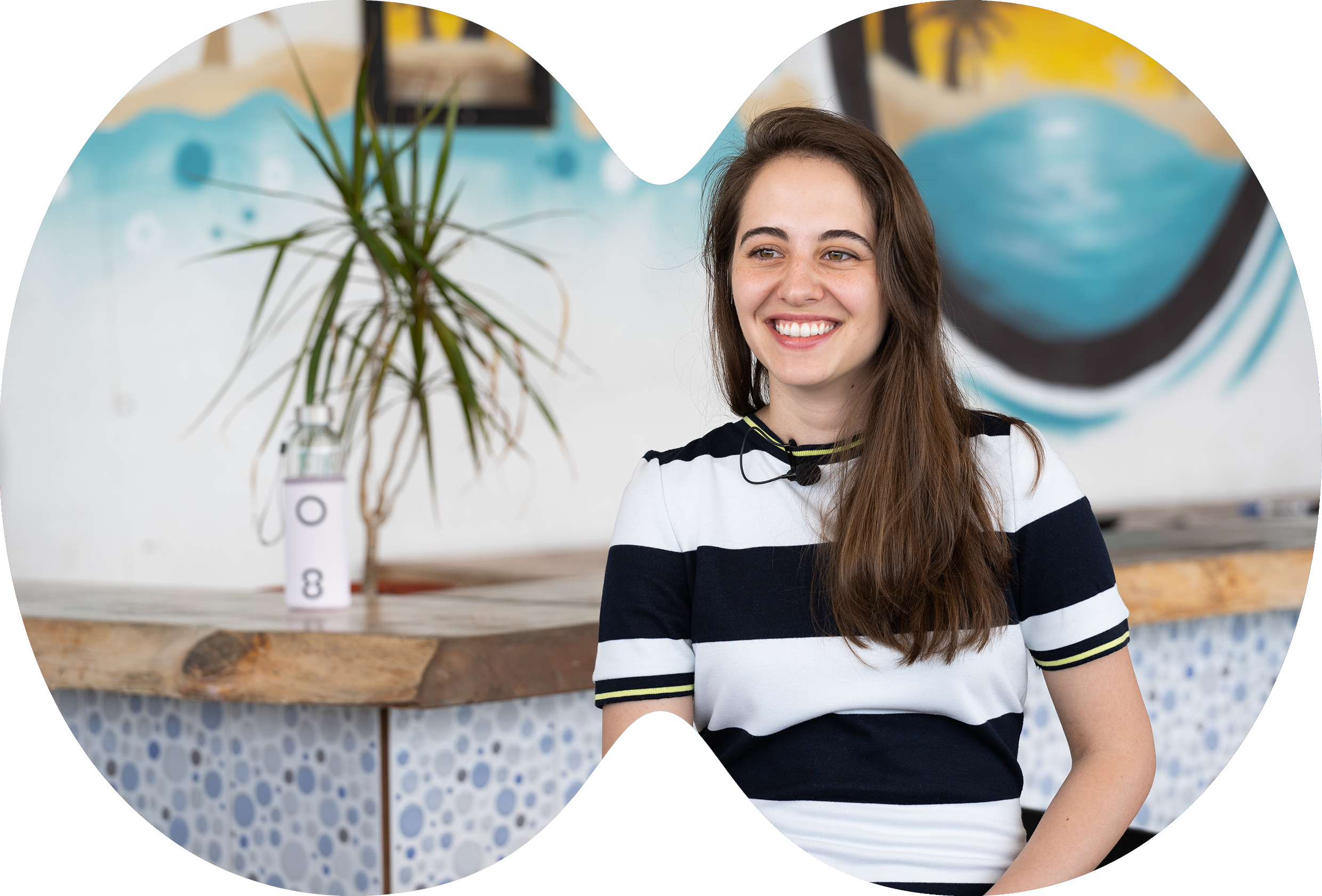 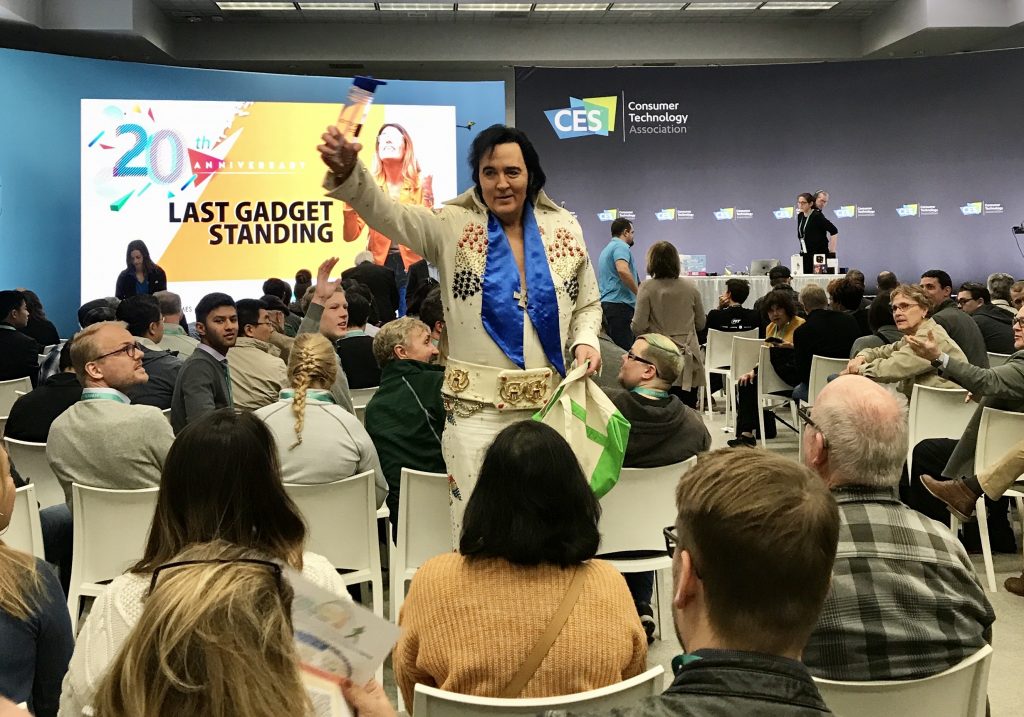 CES is the biggest consumer electronics show in the world with close to 200,000 participants visiting the entertainment capital of Las Vegas, where the event has been hosted for decades. According to reliable local sources (taxi drivers), the CES week is the busiest week all season in Las Vegas.

This year it took place January 7-10, and major companies like Samsung, Sony, Microsoft, Amazon, and Google used the show as a place to introduce their latest and greatest products. Most reports from the event have as well been about the news from the industry giants showcasing the latest within flying busses, self-driving cars, robotics and foldable screens.

I represented Lab08 at the event with a focus on the startup scene, as CES is also one of the world’s biggest tech startup events with more than 1200 tech startups from every corner of the globe participating. Below are the 3 most interesting things I brought with me home.

5G as an enabler of IoT innovation

Before leaving for CES I, of course, knew about 5G – but more at a level, where I thought it was just a faster version of 4G. It is clear to me now how important an enabler 5G is for all sorts of startups and innovations – especially within IoT and mobility. So many innovations depend on reliable and fast internet. WiFi and 4G haven’t been a viable solution so far – just think about how often you can’t get online in crowded places such as conferences and concerts.

Lacking connectivity would be disastrous for self-driving cars as an obvious example. 5G is the infrastructure that enables any IoT innovator to bring better and more liable products to market, so as 5G is rolling out all over the world in the coming years we will no doubt see an accelerating pace of IoT startups in the market.

I visited many startups with new ways of tracking faces and movements gathering a lot of data to be used for the purposes of security, mobility and marketing. It raises a lot of privacy issues, and not surprisingly it was Asian startups dominating these categories. It seems we are not far away from actual “smart cities” where you have a very detailed overview of what’s going on in the city at any point in time – primarily on an aggregated anonymous data level (according to themselves).

There were a staggering amount of startups and devices specialised in health tracking and improvement. No doubt that the tech invasion of the most private part of our lives is only accelerating. It seems the notion is that we shouldn’t make decisions about our health without having data to understand what is actually happening. I am a big fan of this trend, but not without being worried about data protection and privacy, which still seems to be lacking behind – especially in Asia and the US where most of these startups, I met at CES, were from.

The dark horse  – The Smart Potato

It was a very convincing display by founder Nicholas Baldeck, who explained how his device turns any potato into the organic equivalent of Alexa and Google Home. His pitch to me was: Imagine if you could ask your potato anything you want. He has a point.

It was by far the biggest laugh at CES, but somehow among all the other more or less useful gadgets it didn’t seem too far out.

They currently have an active Indiegogo campaign, where you can also see a video demo of their Smart Potato invention: https://www.indiegogo.com/projects/the-world-s-first-smart-potato-smartpotato#/

When I got back from CES I discovered that his project and the booth at CES are an attempt to show how many ridiculous “inventions” that are out there, and he claims that his Smart Potato has a better chance of survival than 60 % of the startups present at CES. I tend to agree with him in this statement, but with more respect for the 60 % as they are all on a serious entrepreneurial path that might lead them to a better – and more scalable – idea as a direct consequence of what they are showcasing today.

My overall conclusion on CES and their startup scene is, that it seems like Asian startups are dominating the innovation categories of mobility, smart cities and health tracking. When it comes to sustainability and climate-friendly inventions it seems there is limited interest from the US and Asian startups, which gives startups in EU countries an opportunity to be at the forefront of this area of innovation.

For tech enthusiasts and entrepreneurs considering CES 2021 – I can definitely recommend it. It takes planning and network to get the most out of the event, but even as a “CES tourist” you will be inspired and meet great people around every corner. You are welcome to connect with me on https://www.linkedin.com/in/rasmusmn/ if you have questions about CES or the topics of this post in general.

OTHER ARTICLES
We use cookies on our website to give you the most relevant experience by remembering your preferences and repeat visits. If you continue to use this site, we will assume you agree with it. Read More
Got it
Privacy & Cookies Policy

This website uses cookies to improve your experience while you navigate through the website. Out of these cookies, the cookies that are categorized as necessary are stored on your browser as they are essential for the working of basic functionalities of the website. We also use third-party cookies that help us analyze and understand how you use this website. These cookies will be stored in your browser only with your consent. You also have the option to opt-out of these cookies. But opting out of some of these cookies may have an effect on your browsing experience.
Necessary Always Enabled
Necessary cookies are absolutely essential for the website to function properly. This category only includes cookies that ensures basic functionalities and security features of the website. These cookies do not store any personal information.
Non-necessary
Any cookies that may not be particularly necessary for the website to function and is used specifically to collect user personal data via analytics, ads, other embedded contents are termed as non-necessary cookies. It is mandatory to procure user consent prior to running these cookies on your website.
SAVE & ACCEPT